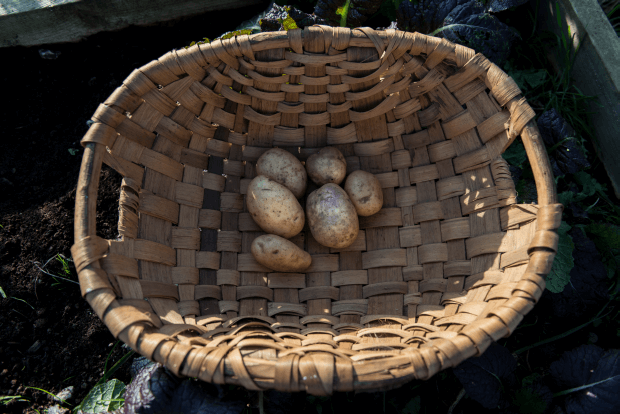 ” The big one [basket] is what we would have called a poovengro tushni, which means potato basket basically, because we used it in fieldwork. “

Caleb asks Pat about two baskets that Pat has owned for a very long time.

15 sec did you make anything you’ve brought here today?

I painted the wooden boxes

32 sec How long did the baskets take to make?

The small one took 4 hours and is made of hazel.

The big one took longer. It is made of chestnut, and was called a poovengro tushni (potato basket). I’ve had it since I was a children, used it when I was working, picking flowers, potatoes, carrots, green veg, fruit, hop picking.

1min 40 sec Did you watch your dad make the basket?

I don’t remember it being made.

One of my earliest memories is my youngest sister sleeping in it.

Do you make baskets?

No, basket making tended to be done by the men. Sewing and beadwork was by the women. As children we knew there was men’s work and women’s work. 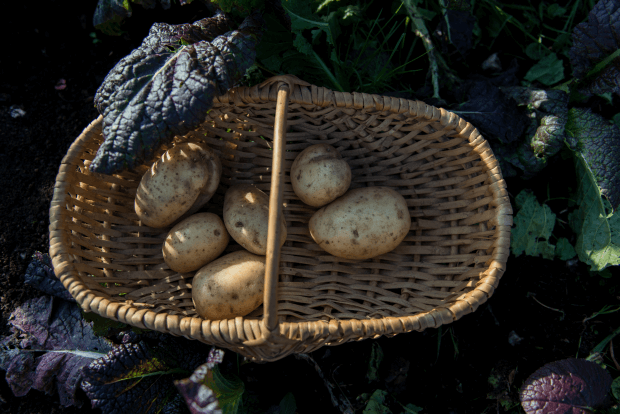