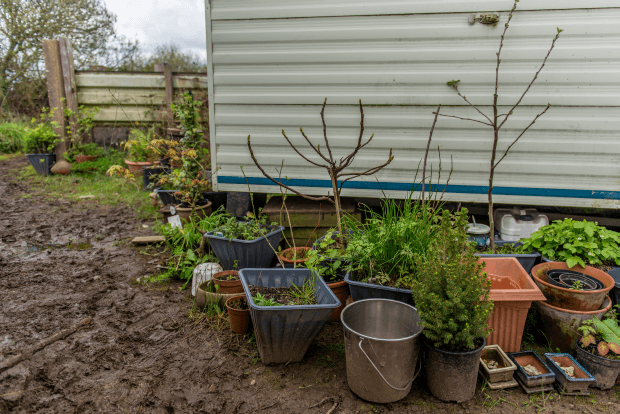 ” I just thought This is what I want to do, I want to get a bus. I want to live in a bus, I want to travel around. And that’s why I started travelling. “

Why did you start travelling?

1984 I went to Stonehenge free festival, after Glastonbury festival. We hitched there, stepped out the car, and was mesmerised. It was like a eureka moment. Fantastic sight of buses and trucks and people. I just thought This is what I want to do, I want to get a bus. I want to live in a bus, I want to travel around. And that’s why I started travelling. I made up my mind that I needed to save £1000 and get a bus. The next year I went to Hitchhike down to Stonehenge, and saw on the news how the Peace Convoy had been trashed in the Bean Field under Margaret Thatcher’s government. I hitched down with my friend Paul. We were in a tent, not far from Stonehenge. We got moved on by the police at 7am. The sky was so stormy and black and angry. Stonehenge is related to Mars, the God of War. We went to Savernack Forest, as I’d heard that Lord Goonhavern had let the Travellers go back their (I think it was Goonhavern), He had been down on his old motorbike and witnessed the assaults of the Beanfield. It came to light afterwards that most of the dogs belonging to the Travellers had been put down by vets that night. The 2nd June, I stayed their for a few days, then went home to Newcastle. In the Autumn there was a magic mushroom festival at Cantlingston, I hitched down, saw a bus for sale, and it was £1000, it was more like £300, it was going cheap so I bought it, and I started travelling around with the guys from up there. We went from Cantlingston to Nosher’s Party in Wales, then we went back to Cantlingston, then travelling off around the home counties.

A girl called Emily had made a stencil of the 8 arrows of chaos, and went round stencilling all the vehicles in the convoy, she did the boot of my bus, and that’s how it became known as the Chaos coach.

That’s how I began travelling. It was a conscious choice of actively selecting towards a lifestyle which was superior to that which I had experienced before. There was a great sense of community.

7 min 30 seconds It’s cool that it was called the Peace Convoy. It doesn’t make much sense that they got beaten up.

Absolutely. Travellers have always had bad publicity and they got labelled as trouble-makers.

8 min 22 sec When did you start your family?

Lolly came along in ’92, we were living in High Brooms in Tunbridge Wells when she was due to be born. I asked for a home birth, which they said was unusual for a first baby, but they were happy to support. I felt strongly that I wanted to be at home, and it was a wonderful experience. The midwives were on hand.

Ollie came along in ’95 at Crowborough, at home, in the Ford Super Vega Bus

Lolly was born in an Old Eccles Trailer, 1950s.

You were born in a 1940s Showman’s trailer. with Mollycroft on it.

I wanted to have you all at home, there were midwives presence. I didn’t have a lot of antenatal or postnatal care. I didn’t feel the need.

10min 10 sec You took a big interest in herbs

Absolutely. Early on when I started to travel, we were classed as NFA (No fixed abode), if you try to register with a doctor as NFA you could only be classed as a temporary resident, which has restricted services back then.

As I said before, the negative press around the time of beanfield, a lot of health centres wanted us to go away.

So we ended up self-medicated. With us and our animals – no-one could really afford to go to the vets. Juliet Levy, wrote lots of herbal books on treating cats, dogs, farm animals and also people. Also David Hoffman.

People would accidentally hit themselves with an axe, or a bow saw injury, so infected wounds, tooth ache, diarrhoea, gastro, constipation, stuff like that. I started used slippery elm and goldenseal for digestive problems and wounds. Then I got more curious, and before you knew it I was studying a lot of things around becoming pregnant, as at one point I wasn’t sure I could.. Mrs Grieves and Culpepper, I started looking at a herb called chenopodium malium, which is a goosefoot herb, Stinking Motherwort I think it’s called. It’s supposed to help barren women becoming pregnant. As a result my curiosity grew. While pregnant I was careful, avoiding sage and other risking herbs, I was very careful with what I was taking, if I was stressed I was taking Valerian. It got to the stage where a lot of people were coming to me for advice, threatened miscarriages, All you 3 I used herbs to stop miscarriages. I lot of women came to me asking for advice of that. I those days we didn’t have mobile phones to contact the doctor or midwife. And young children, head lice, teething. After a while I decided I’d like to learn more so I did a degree in Herbal Medicine, with the school of Herbal Medicine, which became the School of Vita Therapy, which is no more College of Practitioners of Vita Therapy, a professional body for Herbalists, set up by Hein and Annette Zeylstra to spread the word about herbal medicine.

That’s where the family started and the herbal medicine got serious.

None of you have been vaccinated, apart from Lolly who had the triple. I took you to a homeopath, for homeopathic immunisation. When you were born I wouldn’t even let them do the heal prick test.

19 min What are your best memories?

When you guys were born, for sure. And when the sun is shining and your friends are round, and your sitting round the campfire drinking tea, or something stronger.

It was fun when we left Crowborough, I was pregnant with you, Ollie was strapped in his seat in the Scammell, and I drove the Scammell, with the showman’s trailer, and the transit van, A framed behind it, it was like 72ft long and bent in two place. We drove from Crowborough to Brighton like that. Also when we left Basingstoke to come to Cornwall. We came down to the Lizard festival – held right where we are now. We are living right where that festival was.

So best memories are travelling down the road in great big long convoys, all the free festivals. Years ago, you just didn’t charge, now they’ve been completely commercialised. It is so different to what it was.

Apparently they are going to have a Stonehenge free festival this year, but it will be 8 miles away from the stones.

Before you children it was a free festival, then that stopped. When they started letting us back to Stonehenge they used to let us in for limited times, I used to take you along, around 2000.

I love great long journey’s in rig. The thrill of the moves and the new place, and the sense of community. That’s all be rinsed out now. If you find somewhere, you cling on to it. Like us at Coverack. Things like you becoming 18, and the parish council taking over, and having to pay for our own legal advice due to having inheritance money from your Gran, and Lord Avebury dying on Valentines day 2016. He died on valentines day, we got notice to quit the next day. Lord Avebury was our representative, he used to stand up for us in the house of lords, for refugees and travellers. Lord Avebury was probably aware of our situation as Coverack is such a high profile place.

Cornwall is more relaxed that the home counties, but the upcountry ideas are following us, it’s changing. People who were born in Coverack can’t afford to live there, half the homes are empty as they are holiday homes and second home owners. It’s a ghost town. We used to put a pulse in that village, you went to the school, and we were using the pub and the cafe and the shop when business was low.

Best memories, community. We are now so isolated and that makes me sad. There’s a lot of people who left Britain, to Spain and places where it’s more relaxed.

I consider ourselves like a dying bred almost, and I reflect across the history of Travelling and Gypsies. Bowers is a Romany Gypsy name, Jake Bowers told me so. I met Jake Bowers at a forum set up by Ginny Harrison White (Cornwall Traveller Education Support Services). I did a talk, as did Angus Murdock, Professor of Law and also a traveller.

I often wonder why I started travelling, is it because I stepped out on that beautiful summers day in 1984 and looked at Stonehenge and was inspired, or is it because there is some deeper roots. There was a perfect harmony and truth about the moment. I believe we are of Gypsy blood.

The trouble is, the persecution of Gypsies and Travellers over the years has been so intense that it didn’t do you any favours to declare you are a Gypsy or Traveller. It literally meant life or death.

E: It was scary for people, people going round being themselves, living for free, not taking no for an answer. You can see why people don’t know what to do about it and became defensives.

There is a fear of the unknown. Then there is an opportunity to get misinformed, which goes back to the propaganda and the 8 stages of genocide. For some reason G&T have been fully subjected to that treatment over time. if you go back to the holocaust it was Gypsies, and disabled people, lesbians and gays.

If you look at the one that happened in Cambodia, they persecuted people who where intelligent, like doctors, as they just wanted people who were workers